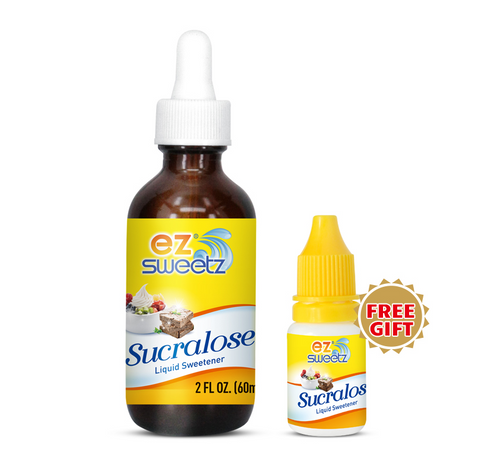 EZ-Sweetz© liquid Sucralose made from same sweetener in Splenda© packets and other similar Sucralose packets.

The difference between EZ-Sweetz© and Sucralose packets is that EZ-Sweetz© has no filler so it costs substantially less. The Sucralose packets are filled with 99% of bulking materials, such as Maltodextrin and Dextrose, which have no nutritional value but add calories and carbs, and they cost much more to the consumers too.

EZ-Sweetz© is specially formulated by a proprietary technology and offers many advantages over the traditional sweetener packets to support today’s healthy lifestyle.